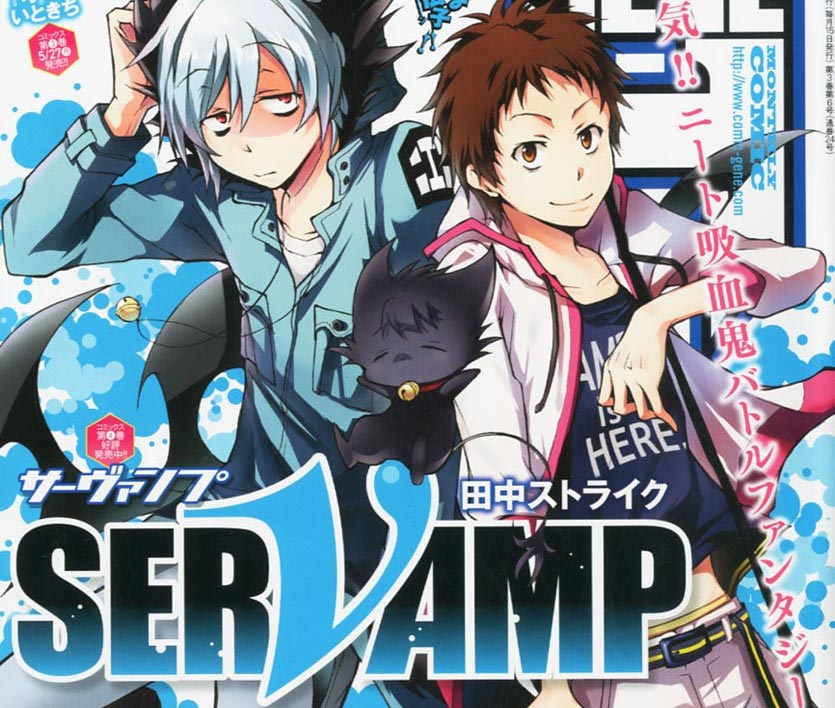 What did I think about it?

Oh guys, I really loved this anime. I know I should be little critical about the whole vampire-supernatural thing since there so many of them you could die trying to watch them all. But this one was just good.

Let’s start by the fact that the main vampire character can turn in a talking cat. And not just any talking cat, a grumpy talking cat! I love those. Even more than that, he is the most lazy vampire you’ll ever see which makes him so likeable.

Next the story. Some things are a bit predictable but that didn’t bother me one bit. I love everything, the character’s backgrounds and developments, the villains (well I actually hate the villains but that is a good things since they are,… well… the villains) and I love how a lot a scenes were both thrilling and funny at the same time.

I have laughed my ass of during this anime and I think you will too. The good guys are crazy, the villains are even more crazy and in the middle of all that is our main character who just tries to make sense of it all.

Aaaaannnddd I just realized I forgot to tell you guys what Servamp is about. For the record I don’t think you should actually know what it is about and should start watching, but for those who are still in doubt here it goes…

Mahiru Shirota is a normal high school student who likes simple things. One day, on his way back home, he finds a black cat and decides to take care of it, naming it Kuro. The next day, however, he is surprised to find out that the black cat is in fact one of the seven vampires that represent the Seven Deadly Sins. His name is Sleepy Ash, he represents Sloth, and he turns into a cat when exposed to sunlight. By giving Sleepy Ash a name and a cat bell, and then calling him by his given name, Mahiru accidentally forms a temporary contract with him. The contract is finalized once Sleepy Ash drinks his blood, making him Mahiru’s vampire servant known as “Servamp” and Sleepy Ash becomes his master called “Eve”. Following this, Mahiru and Sleepy Ash, now Kuro, encounter Tsubaki, a vampire who claims to be the Servamp of Melancholy and the unknown eighth brother of the other Servamps. Tsubaki intends to wage an all-out war against his seven brothers, while Mahiru decides to gather them to fight against Tsubaki and his group together

One thought on “Servamp (Review)”